Oil is considered the lifeblood of any diesel engine. It keeps the various parts and components lubricated, so they can do their job without getting stuck or grinding to a halt. The oil system is made up of several components that make sure the oil gets where it needs to go.

One of these items is called the oil cooler. It removes heat from the oil as it circulates throughout the engine while directing oil that has already passed through the system toward the oil pan, which filters out the particulate matter. The oil in your engine will get hot over time, which makes it less effective, and you need to make sure your oil cooler is working to keep your engine lubricated. Learn more about this important process and why it’s so vital for your engine.

What Does the Oil Cooler Do?

Diesel engines run hot, but all that extra heat can damage the various components of your vehicle. Most diesel engines come with a cooling system that moves the heat away from engine and towards the radiator, which releases the excess heat into the atmosphere.

The oil cooler does something similar only for the vehicle’s oil system. The oil should circulate throughout the engine. It is designed to keep various parts cool and lubricated. The oil will collect heat from the parts that it interacts with before heading back to the oil cooler. The cooler then absorbs the heat and releases it the atmosphere to lower the temperature of the oil. The cooler also sends the dirty oil to the oil pan so that any particular matter gets filtered out.

If the oil gets too hot, it will start to break down. The oil also can’t cool down parts and components if it is already hot. Experts say your oil should be between 210 and 230 degrees Fahrenheit when towing. If it drops below 200, it may not be effective and anything above 260 is considered dangerous. For comparison’s sake, the typical diesel engine runs around 200 degrees Fahrenheit.

In most cases, the engine will use an oil-to-coolant heat exchanger to remove the heat from the oil. The coolant will move alongside the hot oil, while absorbing the heat via exchange. 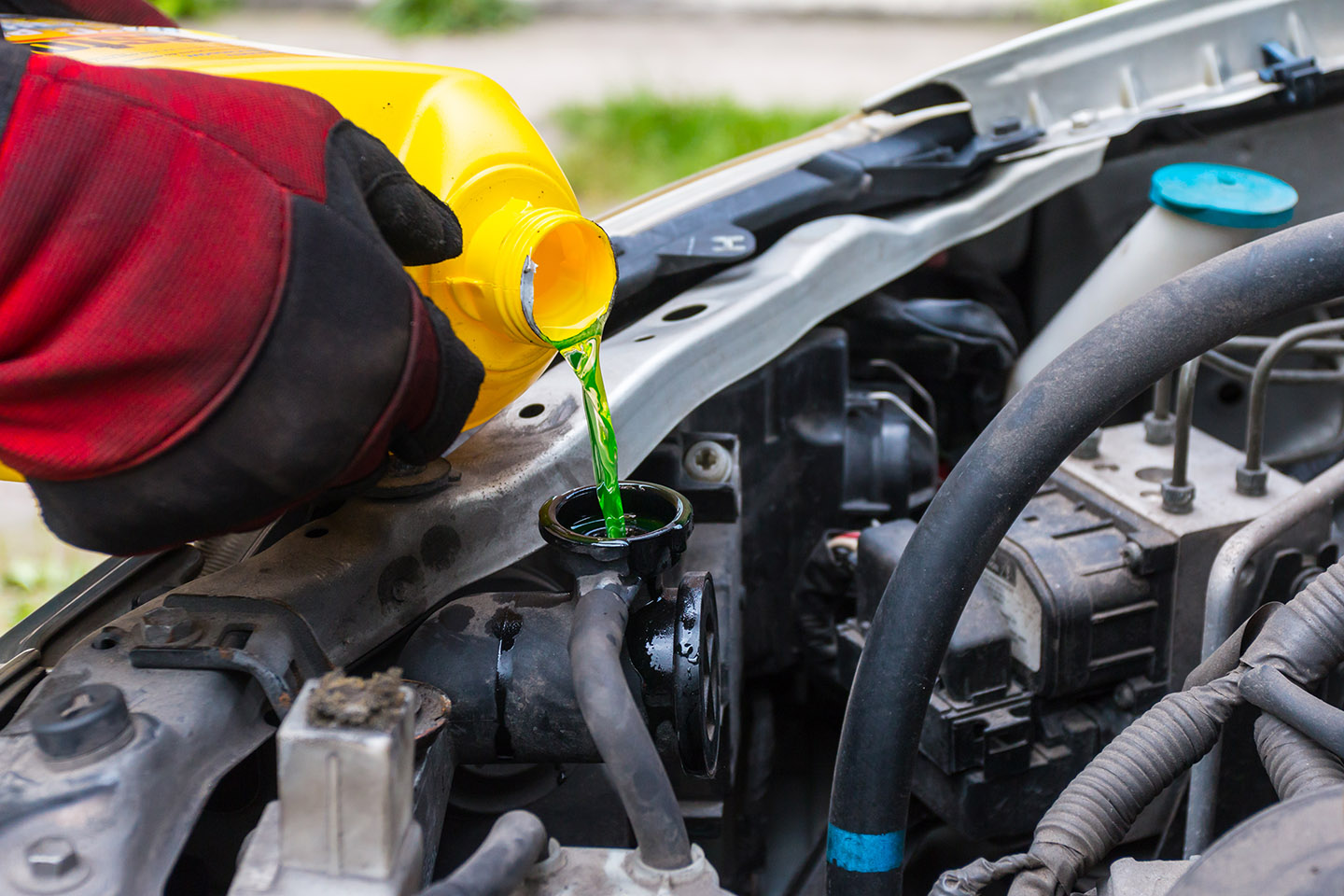 What Causes the Oil Cooler to Fail?

The cooler may become less effective over time as dirt and other particulate matter accumulates in the oil, which is why it’s so important to change your oil regularly, especially if you like to do some serious hauling. Coolant can also build up in the tubes, which reduces the flow. If there’s no coolant to absorb the heat, the oil will stay hot. Coolant can also leak out of the tube, which essentially stops the cooling process. 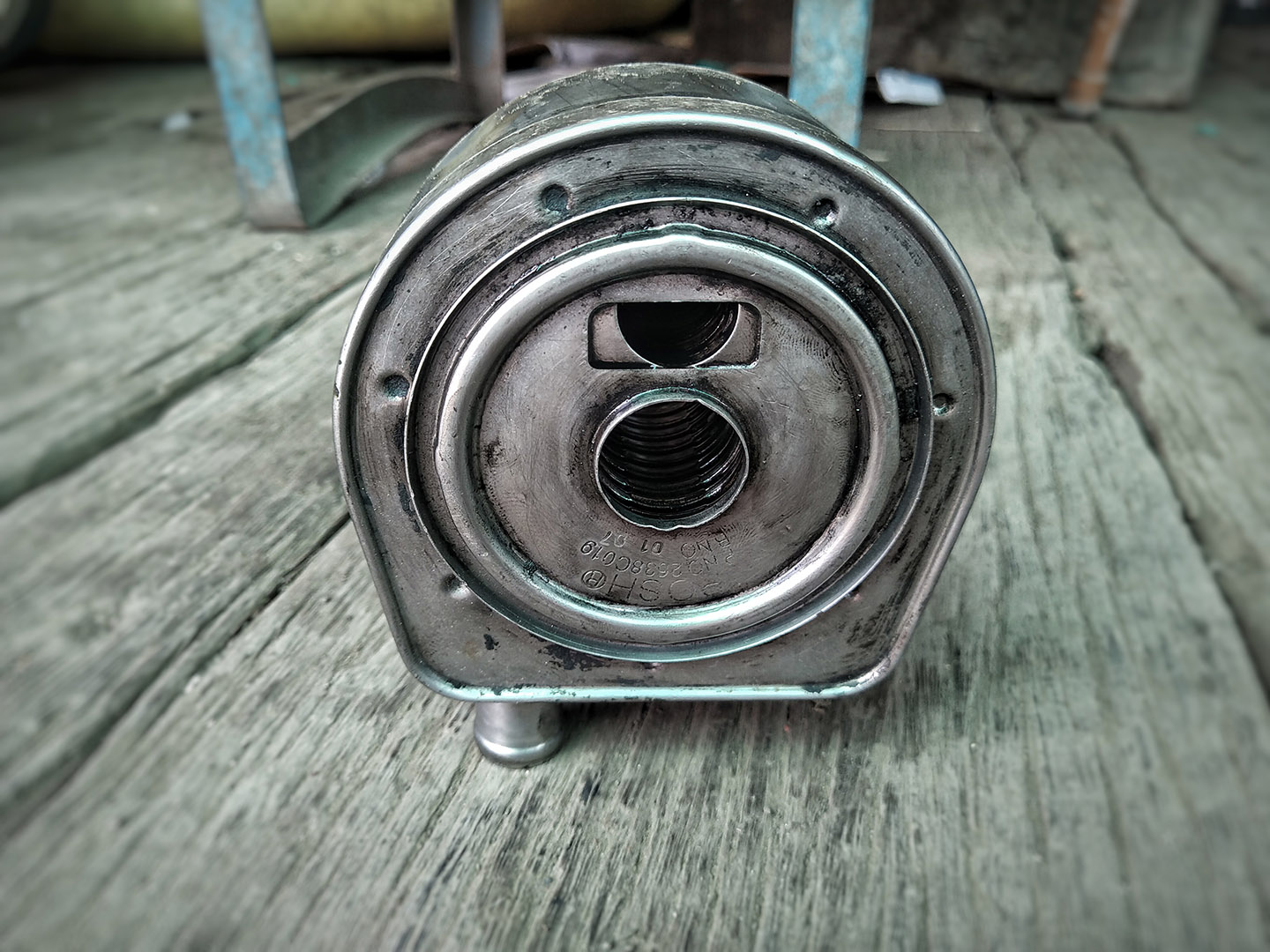 What Happens When the Oil Cooler Fails?

If the cooler fails to reduce the temperature, the hot oil will travel back into the high pressure oil pump and spread throughout the engine. The oil is also responsible for building pressure on the fuel injectors on the Powerstroke 6.0L engine, which can send temperatures soaring. The overly hot oil can cause the injectors to fail, which can cause your engine to stall. Meanwhile, the Powerstroke 7.3L tends to develop oil leaks with age. You will need to replace the oil cooler as well when fixing the O-rings. You can find replacement 7.3 engine oil coolers online to keep your oil the right temperature.

The coolant in your engine is all connected. If the coolant gets blocked in the oil cooler, it will affect the flow of coolant in the radiator and the exhaust gas recirculation (EGR) cooler. Many diesel engines use EGR coolers to reduce the temperature of the exhaust gas before it reenters the combustion chamber. As coolant slows to a stop, the exhaust gas will overheat and damage the engine.

The best way to solve the problem is to replace your diesel oil cooler before overly hot oil starts to circulate in the engine.

If the oil is responsible for powering the fuel injectors and you notice a sudden loss of power, your injection pressure regulator (IPR) valve might be to blame. Run a IPR test and replace your IPR valves to maintain proper fuel pressure in your fuel injectors.

The oil cooler keeps your engine running at the right temperature. Keep these tips in mind to prevent long-term wear and tear.