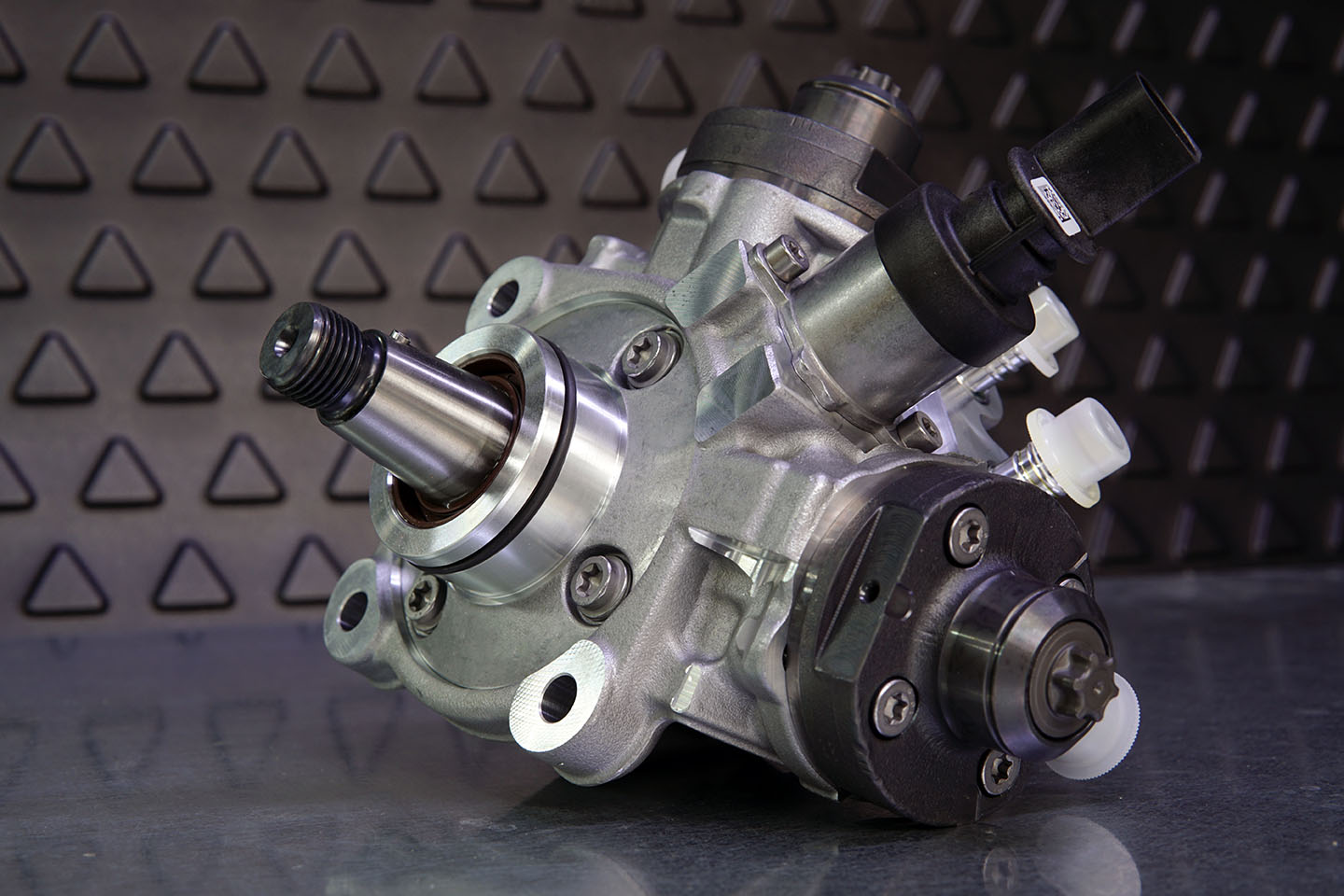 The acronym HEIU refers to the hydraulically activated, electronically controlled, unit injector (HEUI) fuel system found on the 7.3L and 6.0L Powerstroke engines used in Ford diesel trucks. Both engines have their fair share of flaws, but the HEIU system still has merits. When properly configured, the electronically controlled system can lead to better injection timing, cleaner emissions, and more power and torque compared to the mechanically injected fuel systems found in other types of diesel engines.

So, how does a HEIU system work? Learn more about this technology and its pros and cons.

How Does a HEIU Injector System Work?

The HEIU system uses a high-pressure oil pump (HPOP) to facilitate the injection process. However, instead of creating pressure, it generates a large volume of oil for the injectors to use. The entire process is controlled by the powertrain control module (PCM), which sets pressure based on the information it receives from the ICP sensor, manifold absolute pressure sensor, engine oil temperature sensor, camshaft position sensor, and several other engine performance monitors.

During the firing process, the electronic solenoid pulls the poppet valve off its seat, which closes the drain pathway and thus allows oil pressure to build. The high-pressure oil then transfers the pressure to the poppet valve, which sits on the intensifier piston. As pressure builds, the piston forces the plunger down, which then forces the nozzle needle to lift, which then pressurizes the fuel inside the firing cylinder. This pushes the fuel into the combustion chamber, thus completing the duty cycle. With both the piston and plunger positioned down, more high-pressure oil enters the HPOP to restart the process.

Benefits of the HEIU Injector System

While many in the diesel community consider HEIU to be obsolete, this technology has been shown to be just as, if not, more effective as the fuel injector systems used in other types of diesel engines.

HEIU systems are known for their impeccable timing and precision when it comes to fuel injection, which improves fuel efficiency and engine performance. 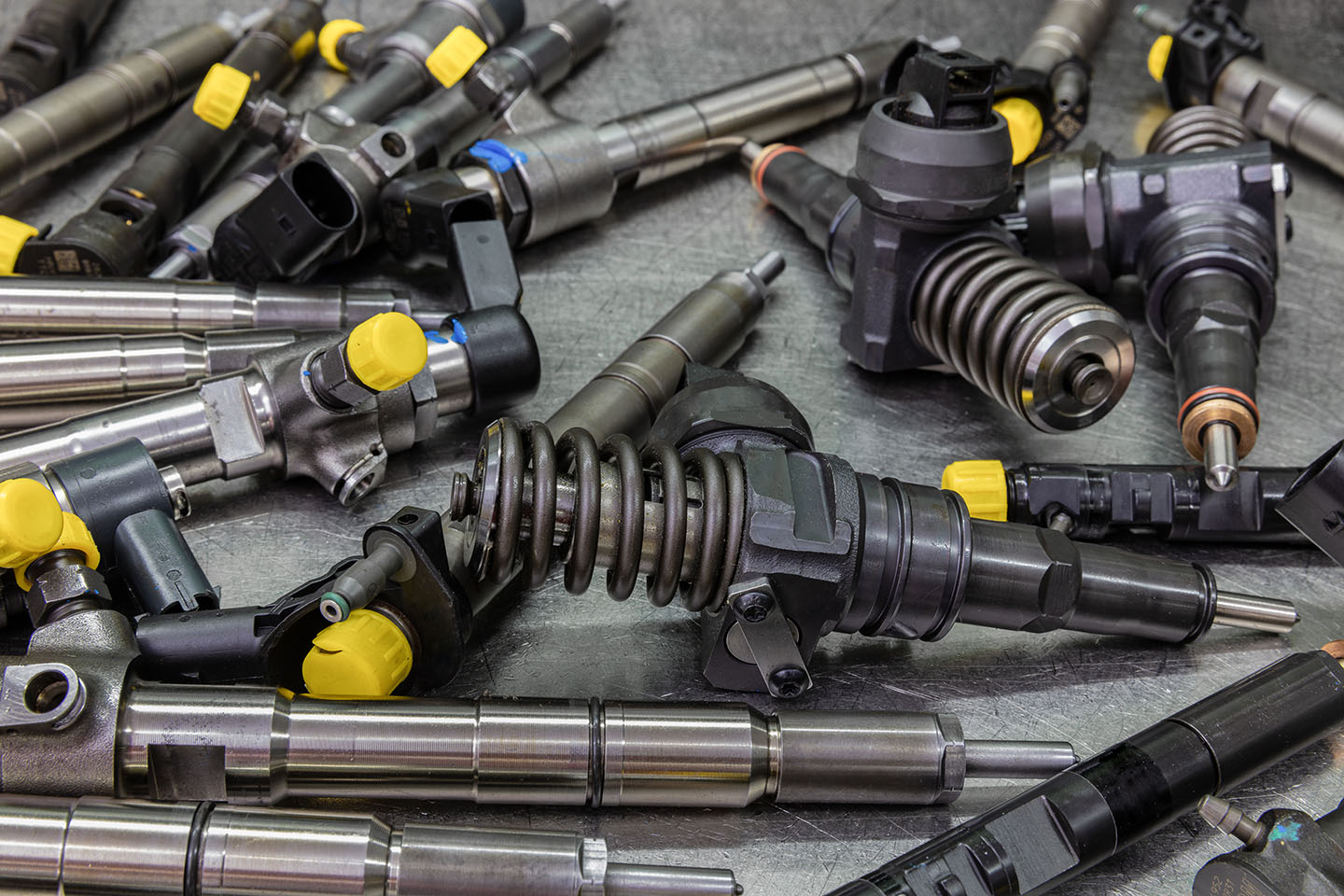 They don’t rely on cam position or speed like mechanical fuel injection systems, which reduces wear and tear on the camshaft lobe. HEIU injectors are also known for their durability. Expect them to last 200,000 miles or more. Other than that, the HEIU system doesn’t wear down diesel parts any more than other types of engines.

HEIU systems also make it virtually impossible to run out of oil. The system constantly replenishes the supply of oil by running the same oil through the HPOP. This will keep your diesel parts lubricated, but your oil will start to get dirty over time.

Downsides of the HEIU Injector System

HEIU injector systems require more maintenance than those found on other engines. They rely on a complicated system of sensors and inputs while managing the flow of both oil and fuel. Many of these sensors will need to be replaced over time, including the injection pressure regulator (IPR) valve, which communicates with the PCM when setting oil pressure. The IPR valve has been known to be faulty on the 6.0L Powerstroke engine. You will need to replace your 6.0 IPR valve on a regular basis to maintain proper oil pressure, or your injectors won’t fire properly.

The HEIU system forces your oil to work harder than you may be used to. Instead of changing your oil every 7,500 miles, expect to drain it out every 3,000 to 4,000 miles to keep your oil as clean as possible. 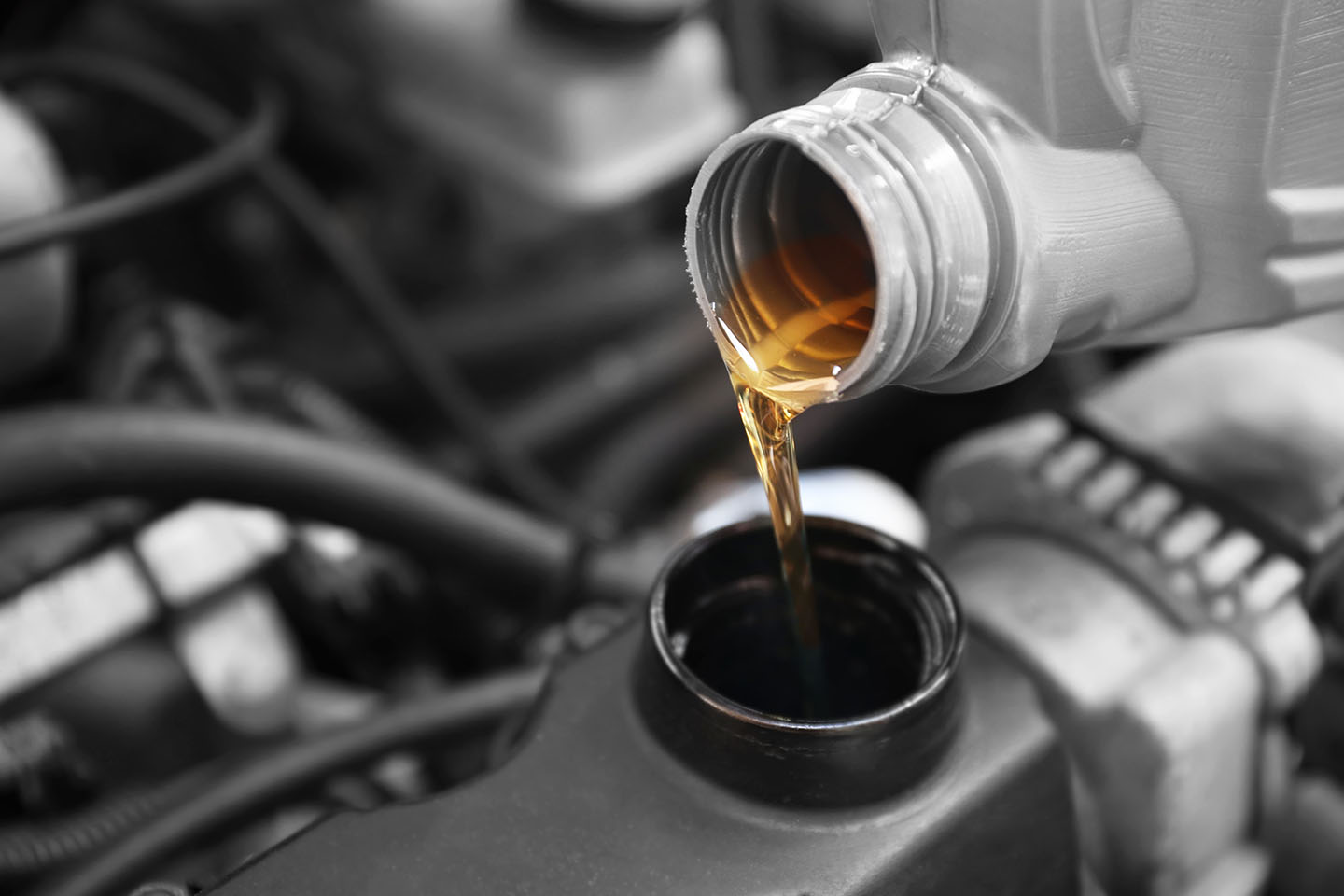 If you don’t change your oil as often, all that debris could spread to other parts of your engine. It will also make your oil less effective when it comes to lubrication. Be sure to replace your diesel parts sooner rather than later if they have been exposed to dirty oil.

HEIU systems are also known to leak, which can cause problems under the hood. A malfunctioning system can also contaminate your fuel, especially if some of the fuel doesn’t burn in the combustion chamber. This can leave debris in your fuel system, so you’ll need to replace your diesel particulate filters more often than you may be used to if you want to keep your fuel system clean.

If you have a 7.3L or 6.6L Powerstroke engine, using the HEIU system may take some getting used to. Adjust your maintenance habits to improve engine performance.

Meta Description: Certain types of Powerstroke diesel engines use the HEIU fuel injector system. Learn how the HEIU injector system works and what it means for your vehicle.

Title Tag: What is an HEIU Injector System?